I think these are mostly at Pleiku. Any help with identification would be appreciated.

(Thanks to Al Sproul for some ID's. Thanks also to Tom Hegre for volunteering to touch up some of the images) Mike Smithson on the left- (Print Dated Oct 68) The guy on the right is holding one of those rechargeable Sanyo "Cadnica" flashlights used by many crewmembers. I remember we had a couple of these when I was a kid. Mike Smithson on the left. Pat Hanisee on the right. Another group photo. Many are the same as in the other one, but there are some differences. "Spooky" the dog. One of the mascots at Pleiku. The other dog was "Puffer. - Photo courtesy of Bob Huntley 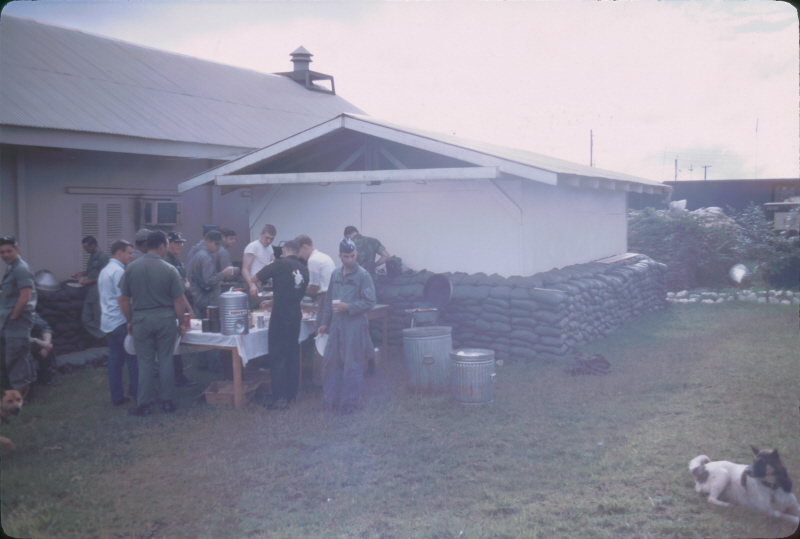 "Spooky" on far left and "Puffer" on far right. Thanks to Bob Huntley for ID's on the dogs. 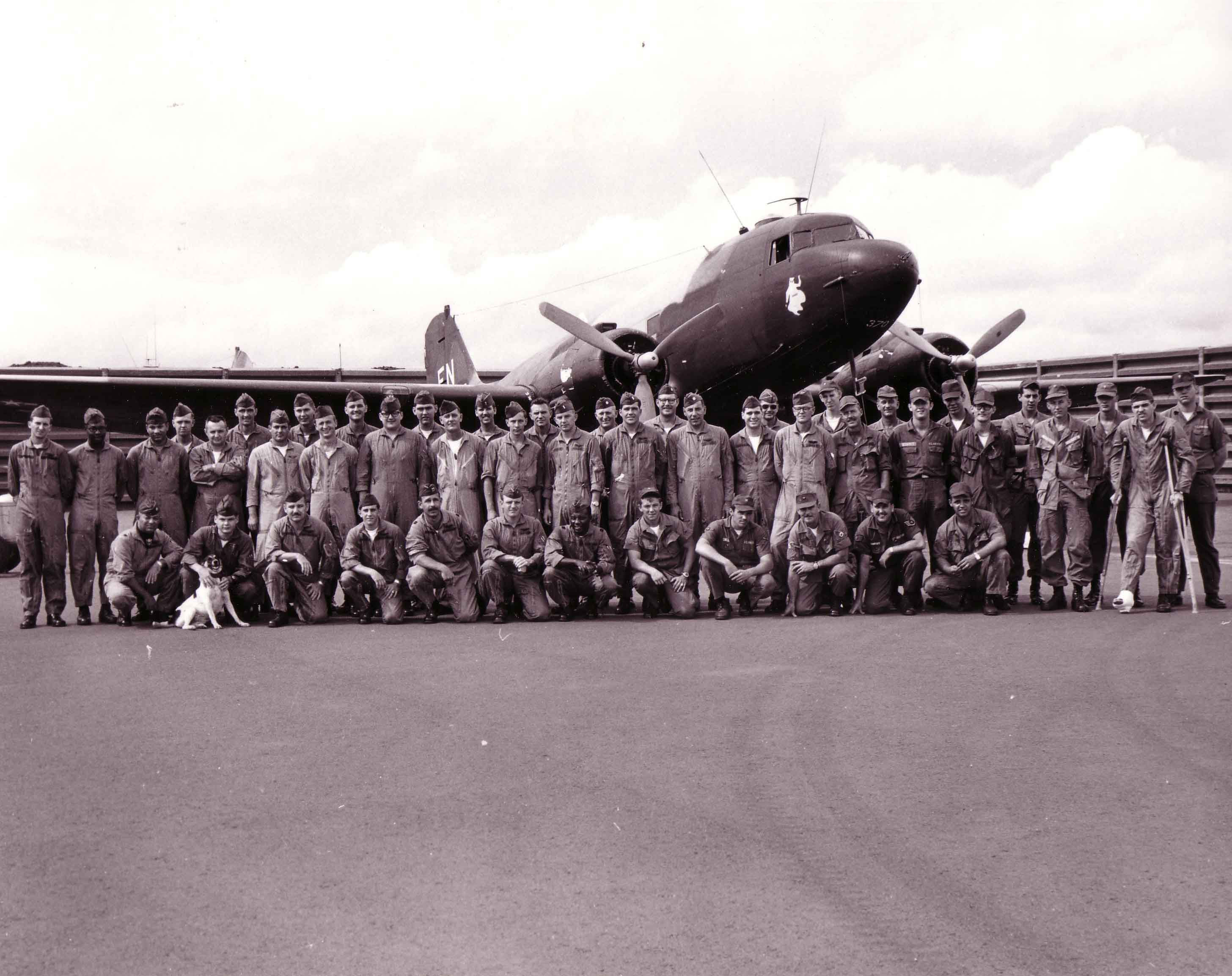